Four Forecasting Methods You Have to Know: Moving Averages

We’ll create a retailer with February as their first fiscal month. Let’s try to forecast our retailer’s February sales of the new fiscal year for 2016 using a moving average. Say we have the following sales by month for 2014 and 2015. One way we can forecast is to take a rolling average (non-seasonal). The other is to take an average of the same time period from both years (seasonal).

Here are the monthly sales (click to enlarge).  We will be using a standard 4-5-4 NRF calendar.

To obtain a regular moving average let’s take the last three months.  But first we’ll need to convert the monthly sales into average weekly sales so we can compare months which have different numbers of weeks.  Click to enlarge. 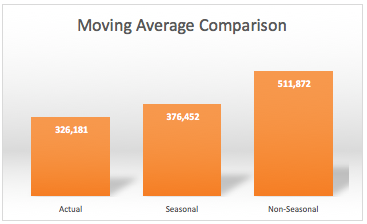 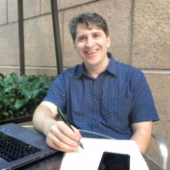 Affinity Analysis: How To Supersize Your Customer’s Cart

Inventory Management: How to Double Your Turnover

Four Forecasting Methods You Have to Know: Sales Profiles